Recently, I’ve  been a little discouraged because I’ve been focusing so very much on the things I can’t do instead of the things I can do. And I think it’s natural for the things you can no longer do to become magnified in importance and value. It’s like when you’re told to not think about purple-spotted elephants, and all you can think about are purple-spotted elephants. To be fair, though, I think there’s a certain amount of grieving we all go through when we start seeing limitations – whether they’re a result of one specific event or the natural process of aging.

Our lives can change in a moment, and not all changes are welcome. Some come along completely without our permission and challenge everything we thought we understood about ourselves and the world. It’s times like this that I think it’s natural to re-evaluate who we are and what our purpose is – especially if what we do is such an integral part of who we are.

This deep contemplation of life is how I started my morning today. What followed is my personal adaptation of If You Give a Mouse a Cookie, otherwise known as If You Give LaRonda a Random Thought. And it’s going to take longer for me to tell the story than the whole thing took to unfold – all before 7:30 am.

First I read a post from a blog I follow – The Godly Chick Diaries. After some great thoughts on heading into the new year with purpose, she ended her post by inviting her readers to contribute to the Hope for Humanity Foundation, which is dedicated to “empowering children and youth to shape their own future through the use of education.”

Then I checked out a devotion a friend texted me about a young boy who had no plan for his day but to see what the excitement in town was. Not knowing how long he’d be gone, he packed a lunch for himself. Had he planned to feed 5,000 men and their families, he probably would have packed a little extra. Who would have expected there would be more food left over than what he’d brought in the first place? See, he mattered!

Then I thought of a quote I’d read about doing small things greatly. (I love, love, love quotes!) I couldn’t remember it, so I Googled “small things done greatly.” I wasn’t disappointed!

“Not all of us can do great things. But we can do small things with great love.” – Mother Teresa

Helen Keller, Martin Luther King, Jr. and Mother Theresa have each created a legacy that has left a permanent impression in history. I doubt that any of them started their lives with a plan to change the world. Napoleon Hill is the guy who literally wrote the book on changing the world and is one of the most widely read authors to date on making the most of your life. They each mattered!

Then I remembered a speaker I’d heard at a Women of Faith conference who radically illustrated the point that the smallest things we do can have an exponential effect on the world, in ways we may never realize. Andy Andrews gave a magnificent, inspiring example of The Butterfly Effect. If you haven’t seen this, please take the 9 minutes and 48 seconds it takes to watch this video. I’m confident that you’ll never forget it or regret it.  And if you’ve heard it before, I encourage you to watch it again. It’s about a single thread of people who each mattered.

The birth of this talk particularly struck me this morning, having spent the past few days deliberating over just how much I have to offer my family, my employer, my church and my friends, much less the world. In short, do I matter? It wasn’t until I searched for the video that I knew how it originated.

Andrews wrote, “Working with the United States Air Force at the time, I was charged with finding ‘proof of the value of an individual life’.  At that time, the military as a whole was just discovering that suicide had become more prevalent within their ranks than with the civilian population as a whole.”

From that charge, Andrews developed this talk and wrote The Butterfly Effect: How Your Life Matters for adults and the pint-size version for kids called The Kid Who Changed the World. The long story is that everything we do has an effect on not only our immediate surroundings, but everything.

It’s hard to leave the house feeling small, unnecessary, and insignificant after a morning like that. And I thank God that he took the time to remind me of this truth: 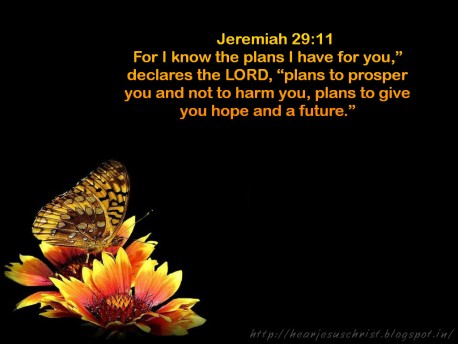 Never doubt that God has a very specific plan for your life. He has already gone before you, made the way straight and prepared all the key characters. Because you matter.

If God can take an attractive young Jewish woman from obscurity and place her in a king’s palace, giving her great favor with all the right people – people who also had no idea how God had planned to use them – he can do something significant with your life.

Esther had no lofty goals of saving her people. In fact, she had no clue why she was where she was. Someone had to point it out to her: “For if you remain silent at this time, relief and deliverance for the Jews will arise from another place, but you and your father’s family will perish. And who knows but that you have come to your royal position for such a time as this?” (Esther 4:14, NIV) Two things are made clear here: What God plans will come to pass with or without you, and it’s really not about you. God didn’t put Esther in the palace so she could be a pretty queen. She mattered.

Chances are you’ll never be positioned to save a people from genocide. (No pressure there!) But you can make a small contribution to a valuable organization. You can pack a lunch for yourself and be prepared to share. You can open the door for someone. You can be kind to the customer service rep who is trying really hard to solve your problem. You can give a ride to someone who totaled her car and needs to get to work. 😉

Our days are absolutely full of opportunities to do small things in a great way. And you never know which one will change the course of history. (You know, just in case you are positioned to save a people from genocide.)

You are a child of God. You’re beautiful and significant to the One who created you. And the world is waiting for you to flap your wings because you matter!

(By the way…the name of the post that started this trip down the rabbit hole? “Thank you for Giving Me Wings!” God can be so clever. :D)