I can’t tell you how I got there, but I ended up looking at Matthew 16. Take a look:

The Yeast of the Pharisees and Sadducees

5 When they went across the lake, the disciples forgot to take bread. 6 “Be careful,” Jesus said to them. “Be on your guard against the yeast of the Pharisees and Sadducees.” 7 They discussed this among themselves and said, “It is because we didn’t bring any bread.”

Now, here’s what I came away with: These disciples had lived with Jesus – at his side, day and night, day after day. They’d listened to His personal, intimate teachings, as well as the parables He’d shared with his audiences. And with each of His lessons, He was training and instructing the men who would carry on his ministry after His death. He wanted them to be prepared.

And they thought Jesus was worried that they hadn’t brought bread along for the trip!

He had to remind him of the miracles he’d just performed by providing enough bread to feed about 9,000 people (and their families), with leftovers. Those miracles displayed His ability to not only meet a need, but to do it in abundance. He wasn’t worried about having enough bread!

I can almost imagine Jesus thinking, “Seriously?!” But that’s all the further the disciples could see. 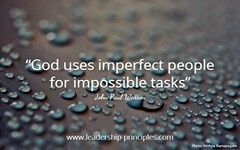 These were the men who would carry on his ministry. The time for Him to leave them was growing closer by the hour. No wonder Jesus prayed for them! No wonder he sent the Holy Spirit to help them. 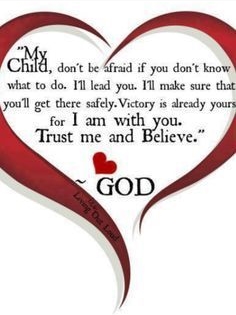 Jesus knows it can be difficult to understand him sometimes. As he was washing the feet of His disciples, they were taken aback. Jesus replied, “You do not realize now what I am doing, but later you will understand.” (John 13:7 NIV) I think it’s safe to say that this is a constant state for most of us – we don’t understand now, but later we will.

Right now, God’s doing some things in my life that I really don’t understand. I want so desperately to trust Him because He says He loves me and has a good plan for me, but it’s really hard to hold onto that sometimes! It can be a little scary to wait on God.

It’s my prayer that those of us who are confused and/or discouraged trust in God to get us through our trials, that we will believe in His goodness and His timing – especially when we don’t know what He’s doing. I pray that while we wait, the Holy Spirit will comfort us and fill us with peace, wisdom and confidence in our Lord. Amen.

One thought on “WHO FORGOT THE BREAD?!”